Every Day is Father's Day! by Robert Ricciardelli

Every Day is Father's Day!

Happy Fathers day! As I reflect this day that we celebrate our natural fathers, I must reflect in the revelation of our heavenly Father. Fathers should be honored every day and every moment, but thankful that society gives us a day of reflection for fathers. Our heavenly Father set a standard for all fathers in His desire to impart His nature, His love, and His never ending desire to dwell with His children through redemption, and restoration of His original intent. Father always has His arms wide open for prodigals to run into.

Being a father is far more than just a biological function. I became a father to my first son at age 21. I had no formal education, nor is there one that I was ever aware of, for what I needed to do practically as a father. I had experience of what it was through my amazing dad Carmelo, whom I call Papa. Yes I knew some of the bible verses as well, but it takes being a father to know what it really means. So here I am as a newly married young man with a wonderfully created young son name Anthony, and four years later another wonderfully created son named Aaron.

As I look back at where I was at the time, I am so thankful I had grown up with a Papa who loved me and also parents that had guided me towards the revelation of our Heavenly Father. So I tried to live and love the best I could in light of my experience and in light of my revelation of the Agape love of God. I did my best, but needless to say, I fell short many times. Self gets in the way a lot in trying your best, but I am thankful for Father God’s grace and mercy, which wipes away the condemnation of all shortcomings in life.

We have all heard the Word of God about training a child in the way they should go, and even when they are old, they will not depart from it, (Proverbs 22:6). While this is true, we also must remember that children watch far more than what we say in our instruction to them. They pick up on all of who we are, not just what we teach or preach. They learn by how we love, nurture, have patience, and participate in the world around us.

I also realized, especially as they grew up to become young men, that ultimately I had little control over the choices they would make. I liked to think that I had enough influence towards healthy choices, but the bottom line was that the choices were theirs, just like the choices were mine, when I was maturing at their age. No matter how I disciplined them, shouted at them, or coaxed them towards my way, they were going to do it their way at times. They chose their way far more often than I had expected, yet as I look back, so did I in light of my Papa’s expectations for me.

As I became more knowledgeable towards my Heavenly Father, it was such a release to allow the Father of all things created to watch over these sons of mine. I would do my best to prepare good soil around them to grow successfully. I also realized that some of the weeds in the soil were ever increasingly being pulled from my own life as much as they were being pulled from their lives as they released themselves into Heavenly Fathers hands.

Ultimately it is about pleasing the Father!

My sons mostly always desired to please me. When they were doing things that would not please me, they would hide them from me, as they did not want to disappoint me, because they loved me. Some of those choices were just their own way, which was different from my ideas, and not necessarily rebellious or sinful to God.

In pleasing the Heavenly Father, you can run, but you cannot hide, because He knows and sees all, even before you make the choice to please Him or do your own thing.

Acts 17:28 for in Him we live and move and exist, as even some of your own poets have said, “For we also are His children.”

So we are all called to be Father pleasers, knowing that in Him there is life and outside of Father no life exists as God is all and in all. Father, through Christ, has called us His children with full birthrights once again, as we look back at original intent for creation.

If God is just someone we think about on certain days and not a living Presence then we have engaged in religious activities as a substitute comfort for a living Father who wants the best for us in all (His) ways. His desire is for us to love, honor, and seek to please Him, in our homes, our businesses, and in everything we do.

So fatherhood is just a part of the “whole” of pleasing God. A big part, as we set examples for our natural and spiritual children to follow. If pleasing God is our aim in life, what difference should it be making in how I am fathering? How much more of my life do I need to give in preparation for increasing His standards of fatherhood. As He reveals these changes, are we willing to say Father, your will and your ways and not my own ways any longer? May it be so, and may it be daily to the glory of God the Father, so that every day is Fathers day for Him.

Posted by Robert Ricciardelli at 10:40 PM 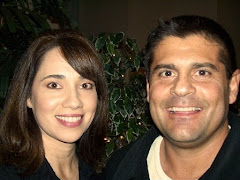